If you allow me to become a little judgmental for a second … *ahem* … You are crazy if you don’t make your own bread! I just said it was easy, didn’t I?

Seriously, though, fresh bread transforms one of the most basic food items into a genuinely spiritual experience; an aromatic and palatable transcendent party in your mouth.

I know what you are thinking: baking sucks because it’s really exact; if you are one atomic unit off with any of your ingredients, the entire dish is messed up. But is that REALLY true? Even though I’m not a baking expert, but I think, for the most part, one would need to be more careful when baking. One does wonder, though.

Today’s bread baking rumination: Does the water temperature really matter when you are making bread?

Let me present to you a common rule of thumb when baking bread: use warm water.

Yeast is alive. The dry yeast that you find in packets is still alive but inactive. If the water used to reactivate it is really cold it won’t thrive.

But should we really fear chilly water? I read that cold water slows down the fermentation process allowing more flavor development over long time periods.

Also, if the water is too hot, the yeast is killed. I have read that around 101-112 Fahrenheit is the ideal temperature range for yeast to become active.

Now I know why baking frustrates people. What if one doesn’t have a thermometer? Or if “too cold” means something different to other people.

This blog wants to ask: does a temperature change in the water really make a difference?

I decided to follow a bread recipe, make it twice, except in one batch I used cool water, and in the other I used warm. Here is my go-to for a simple recipe for homemade bread. It is no-knead, and simply requires patience:

(I get tons of tips and recipes from http://foodwishes.blogspot.com/, check it out, especially their videos) 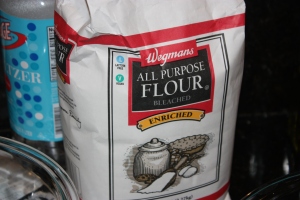 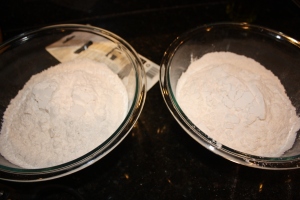 Put ingredients in bowl. Stir (it looks sticky at first, then dry, but then it comes together). Cover with foil for 18 hours! Don’t keep it in too warm of a place. After 18 hours, it looks bubbly, soft. Punch it down, fold it over. Oil half sheet pan with olive oil, sprinkle cornmeal generously. With flour on the counter, form the bread a little flatter and longer. Put this on the pan with cornmeal, put flour on top, put dry flour on top of that, let it rise 2 hours (rises more out than up), then 425 degrees for 35 minutes. Crisp on the outside, soft in the inside. 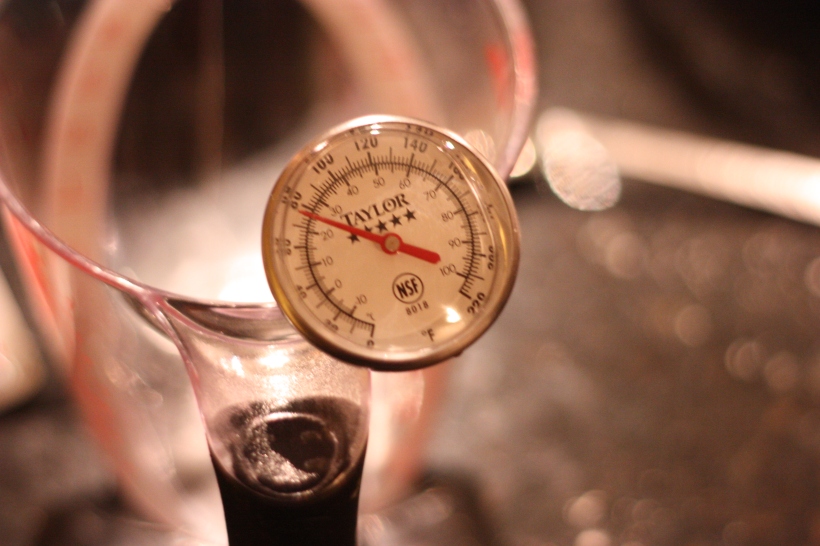 I prepared the no-knead bread in the exact same way for both batches. The difference in time was two minutes apart (I began with the cooled water batch first). As I was adding ingredients and mixing, I didn’t notice anything different from the two batches.

After stirring, I covered the bowls with foil, marked “cool” on one and “warm” on the other, wrote down the times (11:27 pm) and went to sleep.

Nine hours later, as I was preparing my French Press coffee, I lifted the foil from each bowl. And what did I see? The batch with the warm water has risen significantly more than the dough with the cold water. Both batches have risen and I noticed the bubbles on each, but the dough from the warm water batch was almost pushing itself out of the bowl, sticking more to the aluminum ceiling. Results!

After 9 hours of rising, this is the batch with the cool water.

And here is the batch with the warm water.

But we had 9 more hours to go. So I placed the foil back on the bowls. It was time to move onto the next steps of this recipe, since the 18 hours were up. I took the foils off once again. This time, however, I noticed very little difference. The batch with the cool water had risen about the same amount as its warm counterpart. It took a lot longer, but it caught up.

I took the dough out, put it on the oiled/cornmeal-ed baking sheet, flattened it a bit. I did this for both batches, and I didn’t really notice a difference in feel or stickiness. Once the oven was set to 425, I put it in for 35 minutes.

To those of you who are new to cooking/baking, you will now benefit from my mistake. To all of you baking professionals, you are probably already shaking your head at the mistake I already made. Do you see it? I just said it.

When following a baking recipe that involves putting something in the oven, you will need to extend your baking time if you put TWO things in the oven at the same time! Doubling the amount of things you are baking will take the heat away from the other item it is sharing the oven with. Lame.

But I let the bread bake a little longer, checking it, until the crust was nice and hard. I took it out and let it cool.

The test was simple: I cut up equal size pieces of each bread, and put them in front of my friends (5 tasters). I asked for any differences they perceived. 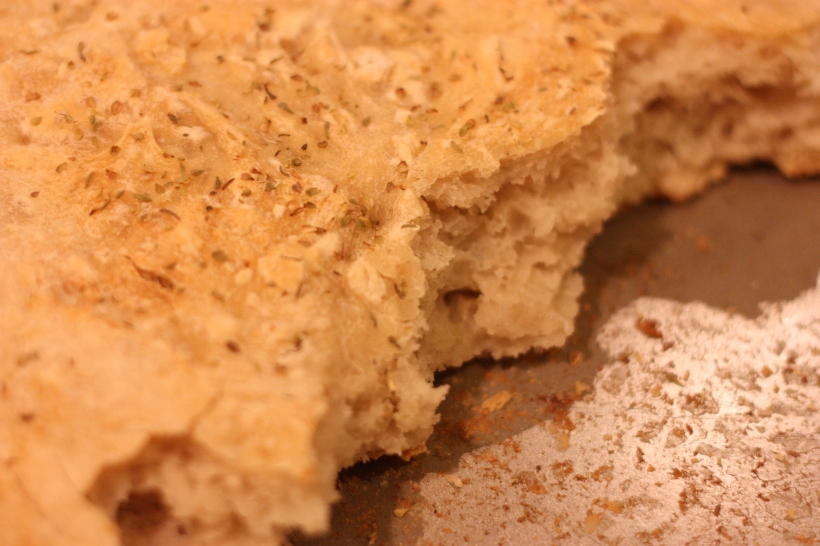 I put some oregano on top.

Each taster had the same opinion: no difference! There was no difference in the texture or taste between each one. One was not spongier in the middle than the other. I concurred as well.

Throughout the process of making the bread, the only substantial difference was halfway through the rising process: the warm water clearly activated the yeast quicker so the batch with warm water had risen faster than the batch with the cool water. But by the end of the long rising period (18 hours) both batches were the same in terms of how much it has risen and viscosity of the dough. This was confirmed by the taste test.

If you are following a recipe that requires a long rise time, water temperature does really not matter (remember, it cannot be TOO cold or TOO hot or else the yeast dies). If there is a recipe that calls for a much shorter rise time, say anything shorter than 9 hours, then yes, there will be a difference.

Moral of the story: don’t freak out too much with the water temperature difference. Just be aware of how long the whole process will take.

Social integration is cool these days:

Error: Twitter did not respond. Please wait a few minutes and refresh this page.

I compare the use of ingredients, cooking methods, and recipes in a "scientific" way to learn about how to better food.

I do not compare brands of food.

This blog is inspired by my enjoyment of cooking and learning (and food photography).

If you have ideas of tests I can conduct, or if you have an issue with the validity of my tests, please let me know! I welcome feedback.